A while ago I wrote a brief post including 3 19th century depictions of women as stimuli for A Doll’s House. In this post I revisit them and add material from Medieval England for my students reading The Merchant’s Tale.

Since both texts present a highly Patriarchal society in which women are still tainted by the ideas of the Fall of Man and Eve’s innate untrustworthiness, I thought that a little more specific material would be helpful. 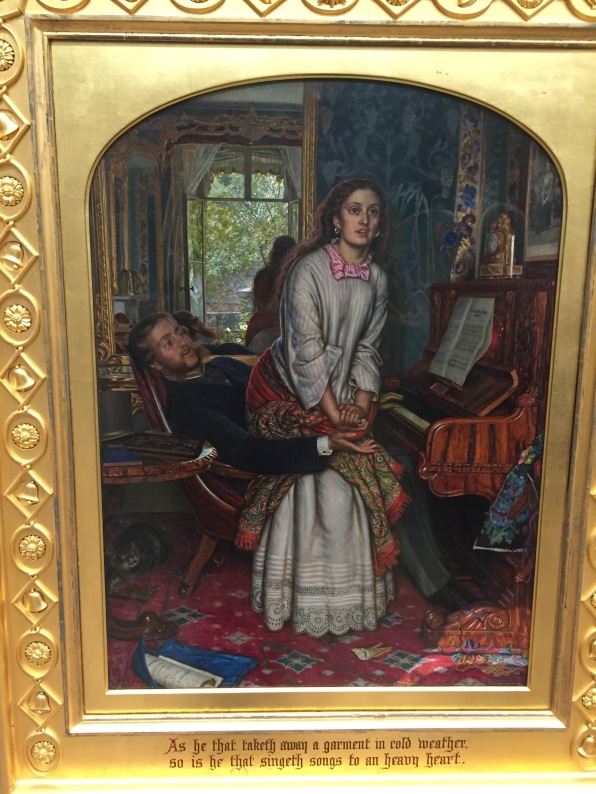 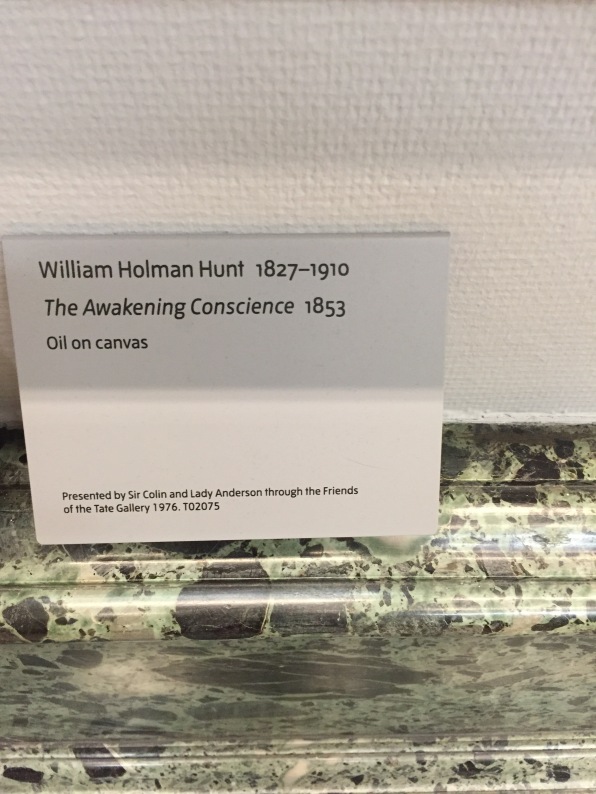 In Holman Hunt’s The Awakening conscience, a young girl seems to be terror-struck as she stares at the onlooker both seeming to beg for help and to challenge our preconceptions. The male is relaxed and arrogant in the picture – his wife is his plaything and he is oblivious to her anguish.  A better visual metaphor for Act 3 Nora would be hard to find. It would be wrong to assume that society in the mid to late 19th century was utterly accepting of the position of women, It is far too easy to generalise.  In addition to Woolstonecraft and Ibsen’s own writings on the subject, students can consider whether ADH is a proto-feminist text or an exploration of the individual. What this picture gives us is a clear image of social awareness of the position of women at the time.

Likewise, in this picture: 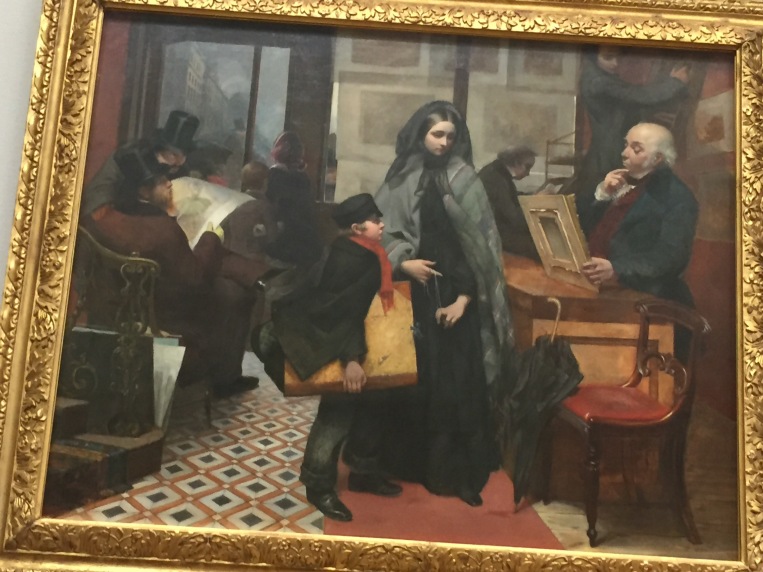 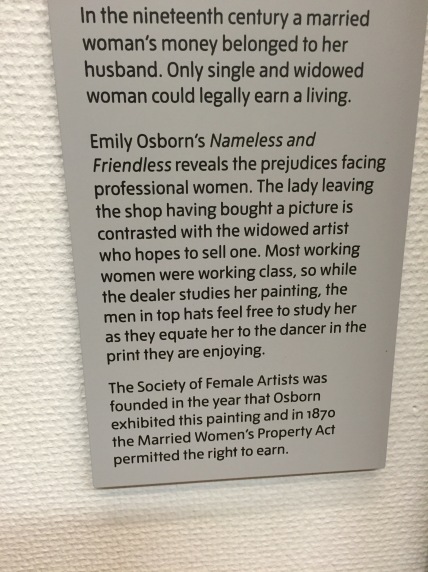 Here we see the fate which awaits Nora or which was suffered by Christine.  Neither are widows, true, but both have lived the life of the single female in a harsh and unforgiving society. I will let the passage next to the portrait do the talking for me. What is certain is that Nora, with no belongings and tainted with disgrace is going to fall prey to all sorts of charlatans and predators with very little way of raising cash to aid her subsistence.  I see this as another interesting piece of context to be placed alongside contemporary writings. Remember, if the art is being created, then there must be sympathy for the plight of the women in the pictures.

In The Merchants Tale we can place May in similar context.

It is too easy to talk of women as second class or property… once again, art can help us here. Whilst there is no doubt that the issues of Eve are valid in a text which is so clearly a parody of the Fall of Man, I am always interested by the apparent compromise or truce offered by the end of the tale. If Januarie’s hand on May’s ‘wombe’ suggests a pregnancy, there is a need to consider whether this might be Damyan’s child. Januarie’s action seems to signal a wish to continue as married despite any adultery – a sense that there is parity in some way between the two characters at this point of the tale.

Certainly May, pre-marriage, had a poor future to look out on. She would have little chance of a ‘job’ beyond service and be viewed as tainted with Eve’s untrustworthiness, yet images from Medieval works such as the Lutterell Salter show such women as she brandishing their distaffs (the mark of manual labour – the punishment meted out to Eve- and using it to beat their husbands: 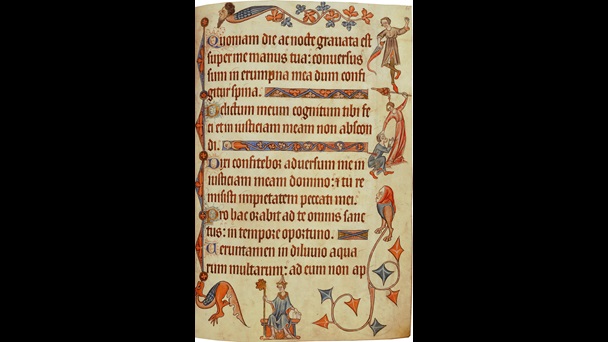 Whilst this may well be a satirical picture, satire must be rooted in fact to be effective. Women of all degrees ran the household. This puts them in control of their husbands to an extent and also, when wealthy, of servants. Wealthier wives were ladies of leisure for whom hunting and games were diversions widely practised. They gave orders to the servants of the household and developed lives of their own. 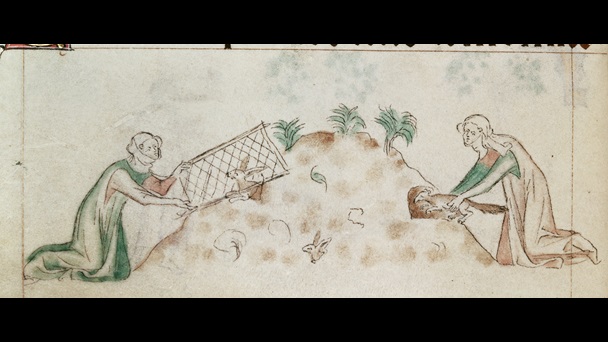 Not only that, but certain women, without being Royalty, had enormous power. IN the religious world Abbesses and Mothers Superior would rule over their religious houses and much of the surrounding countryside, dispensing Church Law and establishing women as anything but the subservient gender.  There was not always harmony – Nunneries such as the Abbey at Amesbury in Wiltshire became notorious for licentious behaviour, but it would be wrong to imagine that women were not able to rise to great power (and wealth) in this way. 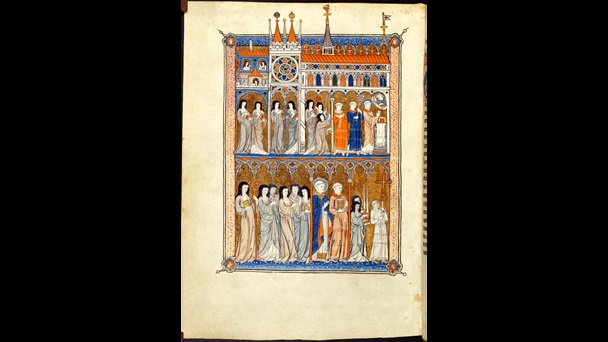 In Chaucer’s England there may well have been memory of the most powerful LAdy to have ruled the Kingdom, Queen Isabella, who together with her lover Roger Mortimore, had deposed her husband, King Edward II, some hundred years earlier. The route tot he throne was not barred to women, even though the adulterous couple would give scope for Eve-based criticism. The point is that there was not a guaranteed opposition to the concept of the storng woman, especially if their husband was ill-perceived. 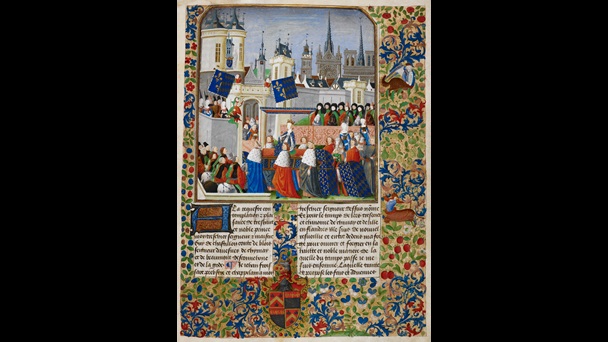 May is elevated from her poor background and given a wedding with much pomp and glamour, albeit rather hurried and would have been seen as a powerful woman. She is sufficiently powerful and of high status that she can become a focus of courtly desire and although this is a satire – a Fabliau – the relationship must be seen in this light – she calls the tune: She organises the clicket, arranges the assignation and controls Damyan’s ascent of the tree. The humour of the lack of romance in his ensuing action does not detract from her position  – she is the Lady of the house and remains so after the Tale comes to an end. 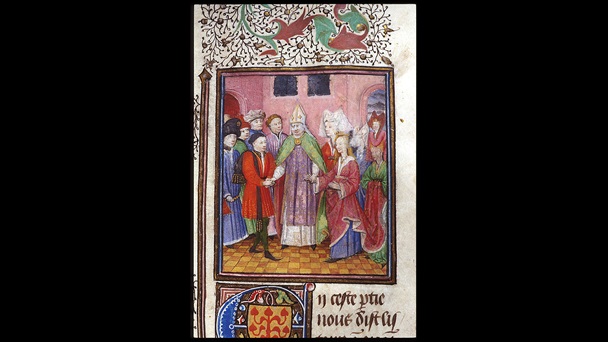