Harrison’s poem, The Bright Lights of Sarajevo is in Part 2 of the new IGCSE Anthology for Edexcel. What a great poem this is – seemingly straightforward in language and ultimately absorbing.

I love the questions needing to be answered – who or what are the bright lights? for example, and also the slow development across the two opening stanzas (as printed in the anthology) which both move from negative to positive as the beauty of nature (the stars) and of love begin to replace the deprivation and the horror of war.
I will add another teaching idea from @missjboyle, and in the meantime, here is mine.

THE BRIGHT LIGHTS OF SARAJEVO

After the hours that Sarajevans pass

Queuing with empty canisters of gas

to get the refills they wheel home in prams,

or queuing for the precious meagre grams

of bread they’re rationed to each day,

and often dodging snipers on the way,

or struggling up sometimes eleven flights

of stairs with water, then you’d think the nights

of Sarajevo would be totally devoid

but tonight in Sarajevo that’s just not the case–

The young go walking at a strollers pace,

as Muslim, Serb or Croat in such dark,

in unlit streets you can’t distinguish who

calls bread hjleb or hleb or calls it kruh,

All takes the evening air with a strollers stride,

no torches guide them, but they don’t collide

except as one of the flirtatious ploys

when a girl’s dark shape is fancied by a boy’s.

Then the tender radar of the tone of voice

shows by its signals she approves his choice.

Then mach or lighter to a cigarette

to check in her eyes if he’s made progress yet.

And I see a pair who’ve certainly progressed

beyond the tone of voice and match-lit flare test

and he’s about, I think, to take her hand

and lead her away from where they stand

and blood-dunked crusts of shredded bread

lay on this pavement with the broken dead.

And at their feet in holes made by the mortar

that caused the massacre, now full of water

from the rain that’s poured down half the day,

though now even the smallest clouds have cleared away,

ideally bright and clear for the bombers eye,

fragments of the splintered Pleiades,

splashed on the pavement by Serb mortar shells.

until the curfew, and he holds her hand

behind AID flour-sacks refilled with sand. 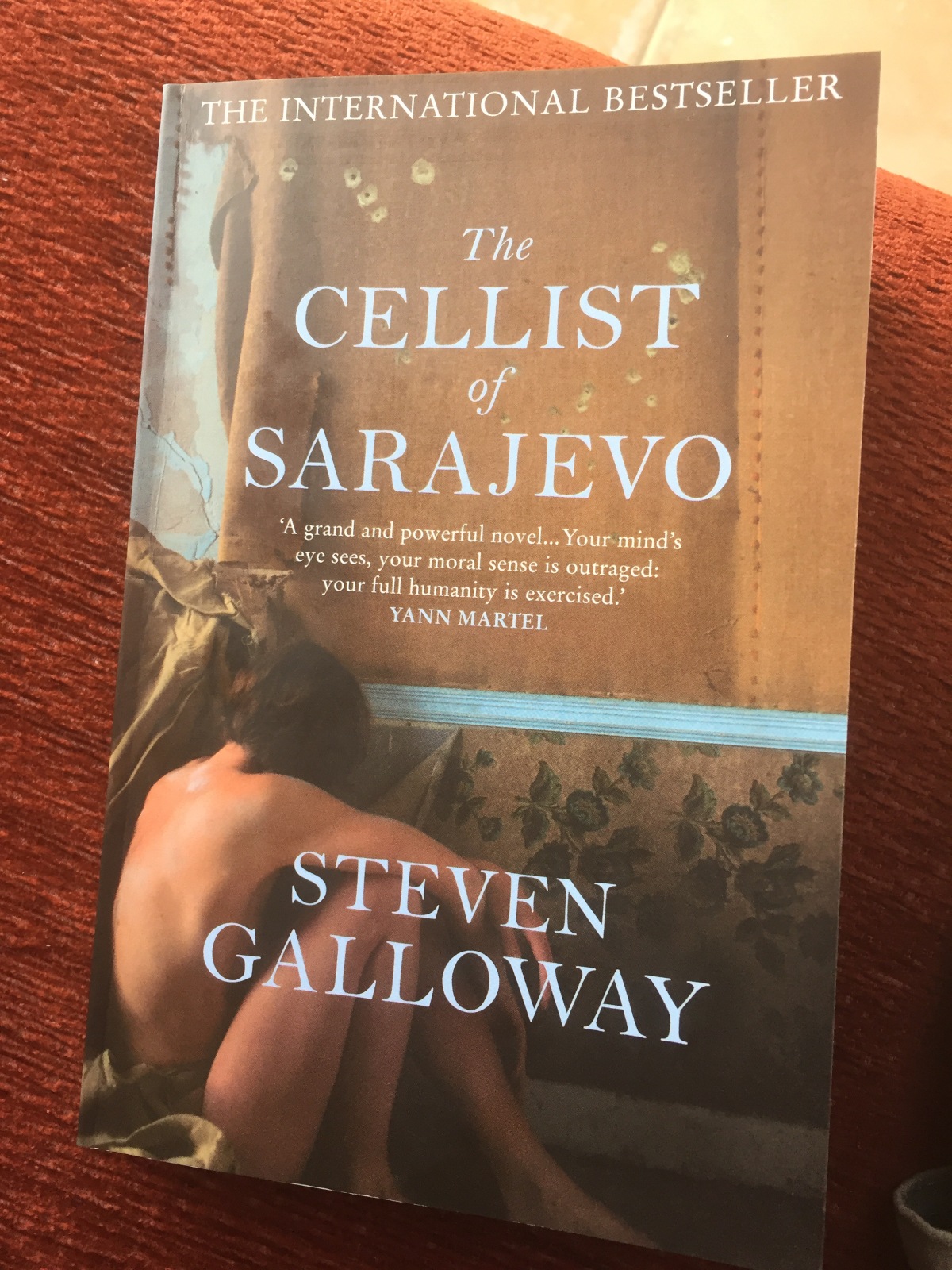