This Powerpoint has been used for a few years to help me deliver a short training session on Vocal Health. As a former opera singer, I am acutely aware of the fragility of our vocal chords and the ease with wehich they can be irreparably damaged. 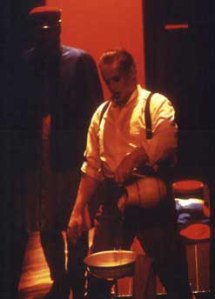 In the past few years I have seen 2 colleagues have to observe a regime of total silence to give damaged chords a chance to recover. Often this is down to a lack of awareness of how to breathe to support our voices, rather than to any paedagogical issues. In short, in an average classroom we should have enough awareness of breathing and projection to rise above a class without shouting or risking damage.

What is interesting on the slightly manic diagramme is the comment about recovery times for an averagely worked voice.

Take a look if you wish…

NB: vowels carry further than consonants! With no consonants, a sentence is meaningless… clarity of diction often removes the need to raise the voice too far.